Blugold women’s hockey: from bottom of conference to national contender 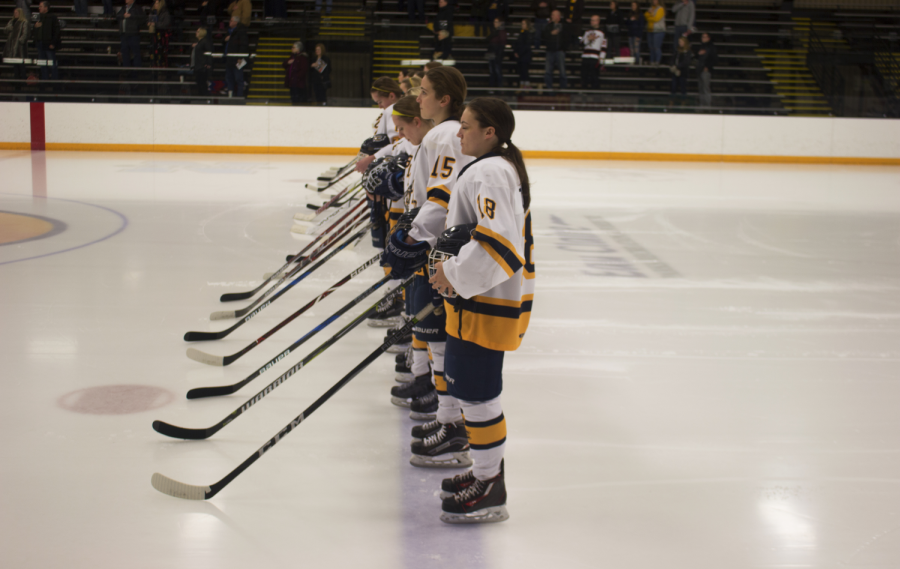 A decade-and-a-half went by without the University of Wisconsin-Eau Claire women’s hockey program winning a conference title or making an NCAA tournament appearance.

The program began in 2000 under inaugural head coach Mike Collins. The team won just four games in the opening season and only had four winning seasons in Collins’ 15 years as head coach.

Their 5-21-1 record in the 2014-15 season marked the fourth consecutive season with less than 10 wins sending the program into its lowest of lows.

“That year made me hate hockey,” said senior defenseman Lauren Norgren about her freshman season in 2014-15. “You would come to the rink and nobody would be focused.”

Collins was replaced before the 2015-16 season by a familiar face from across the hall, men’s assistant coach, Erik Strand.

An alumnus of UW-Eau Claire, Strand played more than 100 games with the men’s program over four seasons from 1998-2002.

Then in 2005, Strand joined the men’s coaching staff under head coach Matt Loen and spent eight seasons as an assistant. Together Loen and Strand led the men’s team to a national title in 2013.

“He is the most passionate person I know about hockey,” said Loen about Strand. “He’s overly passionate about being successful at anything he does. With that combination, I think that’s why you’re seeing the big change in the women’s hockey program.” 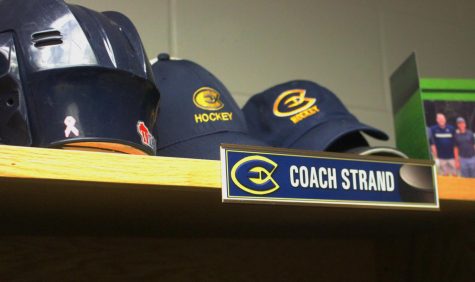 Strand credits Loen for teaching him valuable lessons he has brought to the women’s team, and is thankful for their continued friendship.

“Matt is like a brother to me,” Strand said. “Matt and I are both each other’s biggest fans. We still talk just about every day.”

Strand guided the women’s team to a nine-win season in his first year, setting a program record for goals against surrendering just 1.74 goals per game with his new defensive scheme.

The program exceeded to new heights in Strand’s second season as head coach.

The women’s team finished with 18 wins in the 2016-17 season — setting a new program record. With a 15-4-6 regular season record this year, the team put together its first back-to-back winning seasons in program history. In late October 2017 the team also ranked in the national poll for the first time ever.

In a matter of just a few years, the team has evolved from a struggling program to one of the best places to play in the nation.

Why the quick turnaround?

“The people that stayed around were the ones that loved hockey and really wanted to be better,” Norgren said. “Everyone is a lot more dedicated and we’re a lot closer.”

Norgren considers that 18-win season as the domino that needed to fall.

“I think that was a big turning point because once things like that happen,” Norgren said,” you see that we are good and we can do big things.” 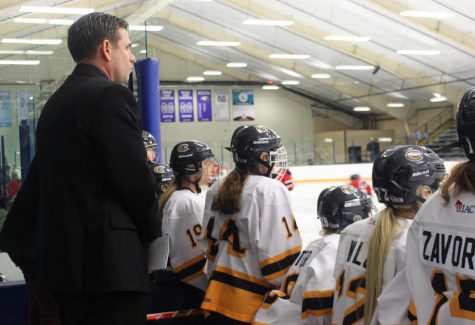 Often times, Strand said, a program needs change in order to reach the next level.

“Sometimes a program just needs a fresh voice and just a fresh look with how it goes about its attack,” Strand said. “I’ve been happy with how the players have bought in. They battle and compete and come to work every day. They give everything. This group puts a smile on my face daily.”

Strand credits recruiting the right kind of players with specific characteristics to the rise of the program.

“Heart is the biggest thing,” Strand said. “For me, it’s ‘How hard are they battling game in and game out?’ It’s about the character more than the skill.”

Forward Mariah Czech is another senior on this season’s team that has experienced the ups and the downs of the program over the years.

“Man, that guy (Strand) loves hockey,” Czech said. “That pushes all of us to push each other to get better. These few years are just stepping stones for what he has in the bag.”

The improved play of the program under Strand’s leadership caught the attention of members of the Eau Claire community. Pat Rolbiecki is a local Blugold hockey fan who has been following the sport for over 40 years. He works at Riverside Bike and Skate less than half-a-mile away from Hobbs Ice Center where the team plays, and stays up-to-date on Blugold hockey.

“His enthusiasm and energy that he brings to the rink is contagious,” Rolbiecki said. “That has rubbed off on those girls and they’ve responded in a very favorable fashion.”

In an email, the UW-Eau Claire director of athletics, Dan Schumacher said he’s enthusiastic about the team’s growth.

“I am very excited about the progression of the women’s hockey program the last two years under head coach Erik Strand’s leadership.” Schumacher said. “The student-athletes have responded well to coach Strand’s leadership and I look forward to additional progress, with the ultimate goal of winning a WIAC championship and a birth to the NCAA tournament.”

‘We don’t get the recognition we deserve’

Despite being praised by some members of the community, the women’s team continues to be compared to the men’s program that has not had a losing season since 2009-10.

Fan attendance at women’s games this season sits at an average of below 100, while the men’s average attendance eclipses 700 total fans, according to data from the UW-Eau Claire athletic department. 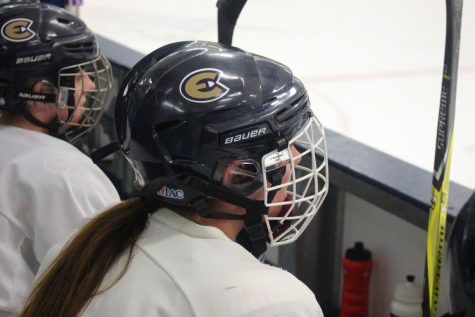 thought it was all just club hockey.’ Sometimes the away team gets more people than us.”

Although the awareness of their success is growing, Czech said it’s still not sufficient.

“We don’t get the recognition that we deserve,” Czech said.

Despite the lack of attendance, the women finished their 2017-18 regular season with a home record of 9-1-1, a program best for winning percentage at home since the 2004-05 season. The women are 19-5-2 at Hobbs Ice Center over the last two seasons.

There are mixed opinions in efforts to explain why women’s hockey doesn’t seem to have the same interest as the men’s side of things.

Rolbiecki said as an avid fan he can’t explain why they don’t receive the same attention that men’s hockey does.

“It’s a sport that just doesn’t have a tendency to grasp the community’s attention which is unfortunate,” Rolbiecki said. “Those girls put as much time and energy, if not even more, into developing their skill set and team.”

Coach Strand chose to be a little more optimistic on the subject.

“We’ve got phenomenal athletes that are performing at a really high level,” Strand said. “ I do think if people came out and watched, they would be impressed and won over, and would come back.”

Continued success might be the key to increase interest in the women’s program, Strand said, since this was the case on the men’s side. He hopes the program can help create a wave of change in support of women’s hockey.

“I would love Eau Claire to be the place that sets the tone for the WIAC and for college hockey where this becomes not just an afterthought but an event,” Strand said.”

His ultimate goal for the program has little to do with statistics. Strand wants students to continue to leave the program in a better state than when they arrived. He’s hopeful the team can become a championship-caliber team.

“I think this team has what it takes right now, said Strand. “The sky is the limit.”

The women will host UW-Superior in the semifinals of the WIAC tournament Feb. 23-24 in search of their first conference title and their first-ever berth in the NCAA tournament.