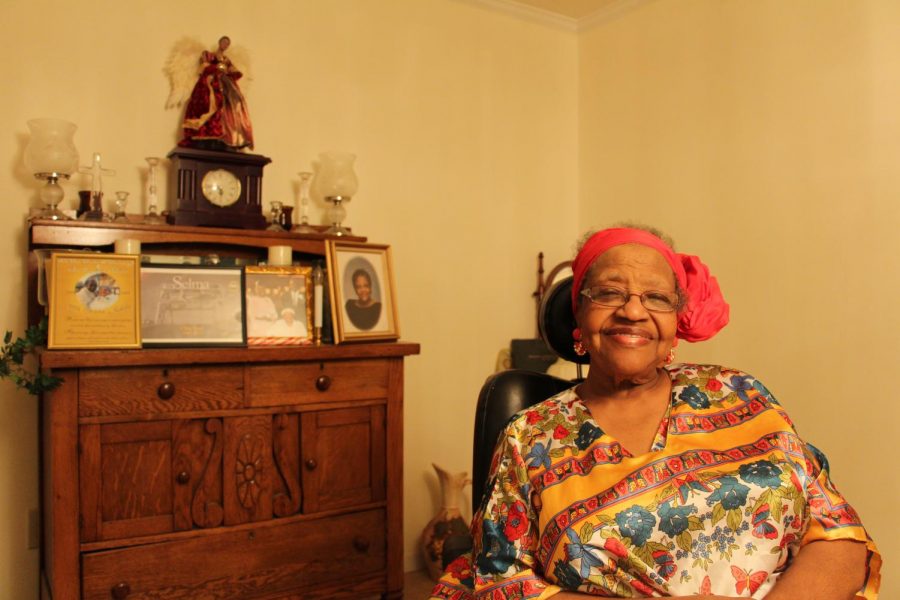 SELMA, ALABAMA — Vera Booker remembers the night of February 18, 1965, as unusually quiet in the emergency room.

There was only one patient to arrive at Selma’s Good Samaritan Hospital during her overnight shift. She could not have known that quiet night would go down in history as the final spark to fuel the voting rights marches from Selma to Montgomery.

It was a winter’s Thursday in the nearby town of Marion when an organized group of activists began a peaceful march from a church to the county jail, only to be met by a police standoff before reaching their destination a block away.

Some activists, including Jimmie Lee Jackson, fled to a nearby cafe seeking safety from police. State Trooper James Fowler shot Jackson as he tried to protect his mother and 82-year-old grandfather. Jackson would spend the next eight days fighting for his life at Selma’s Good Samaritan Hospital. It was a battle he would lose.

It was 28-year-old Booker who checked Jackson into the hospital the night the officer shot him. She  believed he would survive the brutality.

“Understand that they had arrested Jimmie Lee,” Booker said. “[Police] put him in jail and he was on the floor at the jail handcuffed with his intestines hanging out before they brought him to Selma.”

Jackson underwent his first surgery the next morning. Before Booker took off for the weekend Jackson told her about the life he was hoping to return to back at home. He had a baby daughter, and was the youngest deacon at his church.

When Booker returned for her shift the following Monday night she said she found Jackson in high spirits and able to recount what he remembered from the night of the police attacks.

Jackson told her he didn’t know why the officer had shot him.

Then on Wednesday night, six days after the shooting, Jackson’s health started to rapidly decline, Booker said. He doubted his ability to recover. Friday morning he underwent a second operation and died shortly after. Booker was off for the weekend.

More than 40 years later, Booker’s conversations with Jackson served as a crucial piece of evidence the Perry County district attorney, Michael Jackson, used to indict Fowler on murder charges. Jackson, no relation to Jimmie Lee Jackson, was only 2-years-old when Jimmie Lee died.

He had served as the district attorney for a couple months when a story ran in an Alabama newspaper. It was the first time  the trooper spoke on the record for the first time. Fowler claimed  he shot Jimmie Lee in self-defense. Prior to the story in The Anniston Star, Fowler’s name had never been fully revealed to the public.

After the story ran district attorney Jackson fielded phone calls from concerned community members, asking for closure. So in 2005, he began to investigate the case.

“It was needed,” Jackson said. “It was a hole in history, something that needed to be closed up.”

Jackson said he didn’t think much would come of an investigation so many years after the fact. The case needed living witnesses, so he started talking to older people on the streets of Perry County.

Booker heard that the attorney was looking for witnesses.

One day, out of the blue, Jackson said Booker showed up at his office to tell him she was the nurse who tended to Jimmie Lee before he died.

Jimmie Lee didn’t know why Fowler shot him. That was what Booker told the grand jury in the Marion Courthouse. Her statements sped up the indictment, Jackson said, because they contradicted Fowler’s claims of acting in self-defense.

In 2010, Fowler pleaded guilty to manslaughter. He was sentenced to six months in jail, only to be released early.  In the end Fowler served six months . He died in 2015.

Jimmie Lee’s death brought a fresh cause to the Civil Rights Movement. In response, activists began organizing the marches that eventually led to passage of the Voting Rights Act of 1965, which prohibits racial discrimination in voting.

His death was central to the movement, Jackson said.

“At the time he got killed things were kind of dying down and so was the excitement for the Civil Rights Movement,” he said, “but the killing spurred it back up.”

Now, Booker never misses a vote, and she welcomes anyone to hear her stories.

“I always want to tell the history right,” Booker said, “and I’m not afraid to tell it.”