A Cardinal flying to new heights 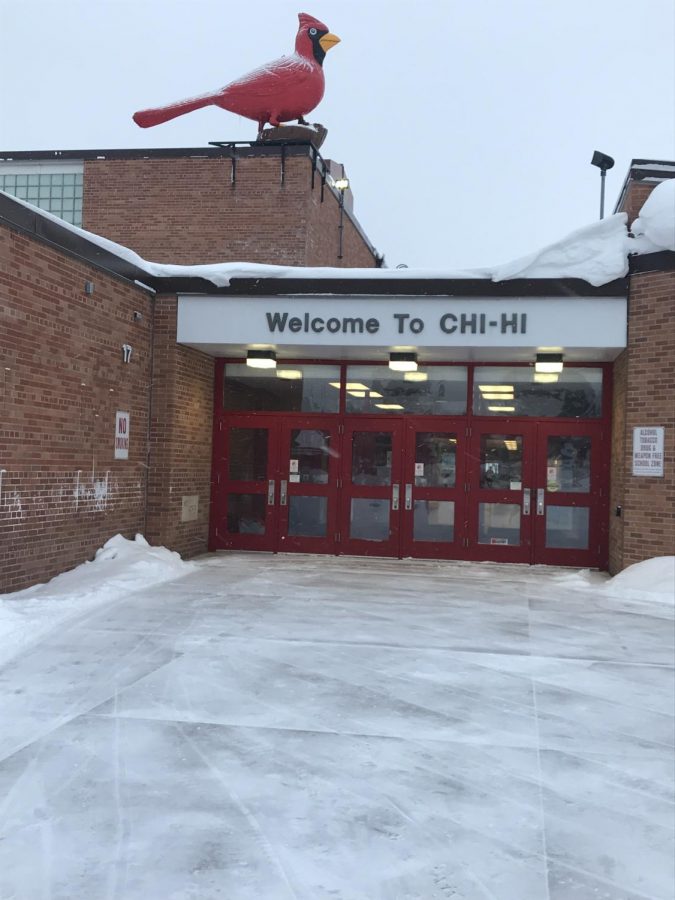 To a high school first-year athlete it seems like they have all the time in the world. They have four years — four seasons to prove themselves to their coaches, teammates and scouts looking for the next college athletes. They push and grind hungrily looking for not only another victory but a chance to compete even after they’ve received their diploma.

Feb. 6 was National Signing Day, the day where top high school athletes signed their commitment to a school to participate in collegiate athletics. A handful of local athletes have made the choice and after they walk across the stage this spring, they will be taking steps toward next levels of athletic success.

JD Czech is one of the local athletes who will be continuing his football career after he graduates from Chippewa Falls High School in May. He will be joining Chippewa Falls alumni Cale Hannusch and Czech’s older brother, Justin at St. Cloud State University in St. Cloud, Minn.

After his many recruiting trips, Czech had his decision narrowed down to two schools and said the reason he decided on St. Cloud State was because he wanted to surround himself with the right kind of people. Czech said he believed the combination of a dedicated coaching staff and recruits from schools he was familiar with, helped him make the final decision and say “I’m in” to head coach, Scott Underwood and the Huskies.

Czech has been in the Chippewa Falls School District his entire academic career and began building his athletic career, like his older brother Justin, in fifth grade. After the youth program and junior league, he was a varsity starter for the Cardinals at the tight end position.

Chippewa Falls head coach Chuck Roykovich, said one of the reasons Czech stood out as a recruit was the amount of preparation he put into a potential offer. Roykovich said Czech’s commitment to the weight room and good grades throughout his high school career is a big reason he is the fifth member of the Czech family to compete in collegiate athletics.

“The only way to achieve the dream is to prepare for it mentally and physically,” Roykovich said, “I just think it is interesting that his father, mother, sister and brother are all college athletes. They had a dream and worked hard to achieve that dream from an early age. I am so happy for JD and his family that they were all able to make those dreams happen.”

In the 2018 season Czech was instrumental on the field for the Cardinals in earning their first team All-Chippewa County and second team All-Big Rivers conference honors. The tight end ran for 204 yards and caught 14 passes and was a primary blocker for Chippewa contributing to the Cardinal’s ground game.

Czech was on the field for the defensive and special teams plays — creating a player who knew the game from all angles. His last seven years of athletics and four years on the high school football team have taught him some lessons that have prepared him for the road ahead.

“High school sports kind of teaches you disciplinary things going through practices,” Czech said. “You’ve gotta learn how to be tough going through the two-a-days in 95-degree weather, so you gotta be able to learn toughness, discipline (it’s) one of the biggest takeaways of sports.”

Young athletes coming up in athletic programs have their eyes set on playing at the next level and hope to be signing their own letters of intent in a few years. Czech said one of the most important ways to get the offers is to be realistic and to be hard workers on and off the field.

“Get yourself out there … go to the right camps and don’t shoot too big,” Czech said. “In this area there aren’t a lot of D1 prospects and not a lot of D1 coaches are going to be looking around this area so don’t be turned away if you only get D2 offers …  (even) if you play at that level, that’s a huge opportunity for you.”

It’s the beginning of a new journey. New teammates, new coaches and new goals. It’s a whole new ball game, but Czech said he doesn’t have any plans to back down. He is ready to tackle each challenge as it comes, building on his athletic foundation and pushing himself to his limits side by side his new brotherhood.