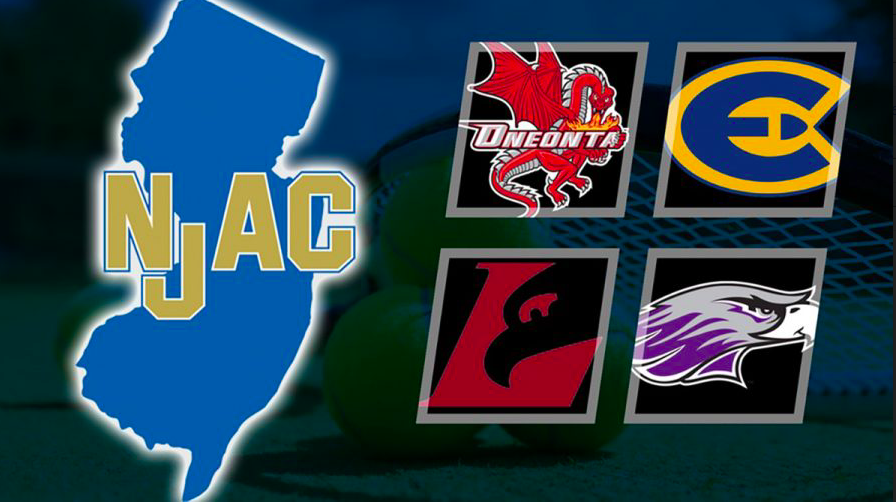 The Blugolds will be in line for an automatic qualification to the NCAA Tournament with a conference championship in 2022.

For the first time since 1996, the University of Wisconsin-Eau Claire men’s tennis program has a conference home. UW-Eau Claire will be joining the New Jersey Athletic Conference as an affiliate member in the sport beginning the 2019-20 academic year.

The men’s tennis program has been independent since the Wisconsin Intercollegiate Athletic Conference discontinued sponsoring the sport more than two decades ago. Transitioning from independent to the NJAC, the Blugolds will now have the opportunity to receive an automatic qualification to the NCAA Division III Men’s Tennis Tournament beginning in 2022 with a conference title.

Now that the Blugolds are conference members, UW-Eau Claire Athletic Director Dan Schumacher said the team is playing for something other than just a result.

“When I met with the men’s tennis team last week, they were ecstatic because now they feel valued,” Schumacher said. “It’s the right thing to do.”

UW-Eau Claire will join the West Division of the NJAC along with familiar foes UW-La Crosse and UW-Whitewater, with State University of New York at Oneonta rounding out the side. The East Division will comprise of the four full-member programs, Ramapo, Rutgers-Camden, Rutgers-Newark and The College of New Jersey, all of which are located in New Jersey.

Schumacher joined the tennis team at its end-of-the-year meeting and surprised the athletes with the news.

“Being in a conference now gives us a lot of new opportunities,” Janssen said. “We’ll be able to compete with a little more purpose now moving forward.”

Head coach Tom Gillman praised Schumacher for the job he has done to elevate the program. Not only does this move give the team a better opportunity to qualify for nationals, Gillman said it gives his team a variety of rewards and motivations.

“Whether it’s being player of the week or rookie of the week, it brings more excitement to some of these dual matches,” Gillman said. “Competitively, it looks like a really good fit which is really fun too.”

Joining the NJAC could not have been possible without a recent league policy change that reinstated men’s tennis after a 21-year hiatus. The NJAC sponsored the sport from 1959 to 1998 but was eliminated due to a lack of institutional sport sponsorship.

Amanda DeMartino, NJAC Men’s Tennis Sport Chair and Athletic Director at The College of New Jersey, said with the recent rule changes, the NJAC knew of schools looking to join a conference and began having those conversations.

“The thought behind this initially came from wanting to provide the best student-athlete experience possible,” DeMartino said. “With men’s tennis becoming a conference sponsored sport we started to think about other schools competing without a conference and if anyone would be interested in joining the NJAC as an affiliate member.”

The move to the NJAC came at a great time for the men’s tennis program, as the Blugolds just wrapped up its 15th consecutive winning season. UW-Eau Claire is 291-138 and has made three trips to the NCAA tournament in 18 years under Gillman’s direction. The tennis program also has a fairly new physical home in the John & Fay Menard YMCA Tennis Center that opened just a year ago.

The team’s success, a new home and now a conference will certainly help in recruiting, Gillman said. This perfect storm has Gillman excited for the future of the program.

Schumacher has heard criticism from faculty and fans about the program joining a conference in New Jersey but said if people don’t know the facts, they might assume the Blugolds will be flying to New Jersey every weekend, which is not the case.

Since Eau Claire is in the West division with two other Wisconsin schools and State University of New York at Oneonta, unless the Blugolds make the championship they’d only have to make one trip to the East Coast a year.

“So we’re really not going to travel but once a year,” Schumacher said. “We’re going to substitute a former trip, save the dollars and missed class time for the championship.”

The men’s tennis program now has a conference home and a legitimate shot to qualify for the NCAA Tournament for the first time since 2011, albeit not until 2022.

Grant Mauthe, a second-year athlete, said representing one’s school and having the chance to raise championship banners is what college athletics is all about. Mauthe also recognizes that with new opportunity comes more responsibility.

“It’s on us more to train in the off-season and get better,” Mauthe said. “If our Athletic Director is doing his part, it’s on us to do our job as well. Now it’s our turn to take over and do what we need to do.”

With a new tennis center, a new conference with ample opportunity for NCAA Tournament qualification and possibly one the best recruiting classes in school history coming in, the future is bright for Gillman and company.

“It’s all coming together for us,” Gillman said.