The sport of dog sledding will “adapt” in the future 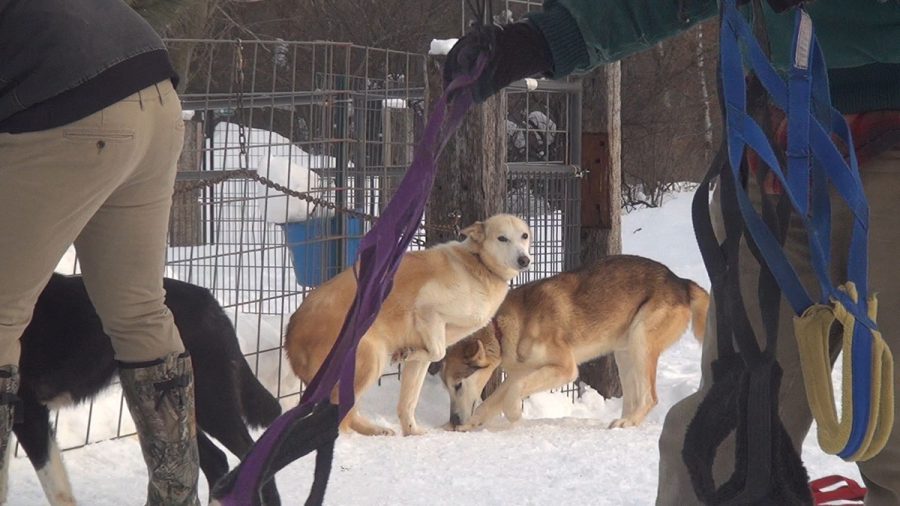 A dog awaits a sled run at Sno-Trek in Mondovi. Sno-Trek is owned by Howard Thompson.

Mushers in North America will be impacted by climate change, but say their sport will adapt to future challenges.

Winter temperatures in Alaska are warming by a rate of 5.2 degrees Fahrenheit, which is double the rate of winter warming in the lower 48 states, according to NOAA Climate.gov.

The increase in winter temperatures has caused the Iditarod to be rerouted because of trail conditions twice in the last five years. The southern course of the 975-mile multi-day race traditionally starts in Willow, Alaska.

“It was warm and raining, there were some extra creek crossings,” Bacon said. “The sea was open and there were waves, near Nome.”

More than 3,000 miles south of Alaska, Howard Thompson, of Mondovi, is also feeling the effects of a warming environment. Thompson’s business, called Sno-Trek, offers dog sled rides around his property.

During a snowless period in January, Thompson said he spread 400 pounds of sand over his trails.

“We were still taking clients out,” Thompson said. “All of our programs were going with wheels on the sleds, until we got hit with this snow.”

Sled races in southern Wisconsin are disappearing and even some races in the north are more likely to be canceled, he said.

Snowpack, or the amount of snow that sticks on the ground, is a vital ingredient for dog sledding. It is directly affected by winter temperatures, said University of Wisconsin-Eau Claire professor James Boulter.

Boulter teaches chemistry at the university and, in his free time, gives community presentations about climate change.

Actually, Boulter said, the data doesn’t show much change in precipitation rates. This is because warmer air holds more moisture than cold air, which increases the chance of rainfall or snowfall.

Boulter said he often speaks with groups of winter athletes worried about the future of their sport. But recreation enthusiasts won’t be the only people negatively impacted by the temperature change. Boulter said warmer winters can and will affect many other facets of Wisconsin life, including animal populations and industries like logging and maple syrup.

As for the future of dog sledding, Bacon and Thompson remain optimistic. Both predict that “dryland” racing will gain popularity. Dryland replaces a snow sled with a wheeled vehicle.

“I think those races may reclaim the trails in northern Illinois and southern Wisconsin,” Thompson said.

Bacon said she is confident the sport will continue to exist in the future, no matter the weather.

“I don’t see that it’s going to go away,” Bacon said. “People are very passionate about it and I think mushers are adaptable people and we’ll find ways to keep running our dogs.”