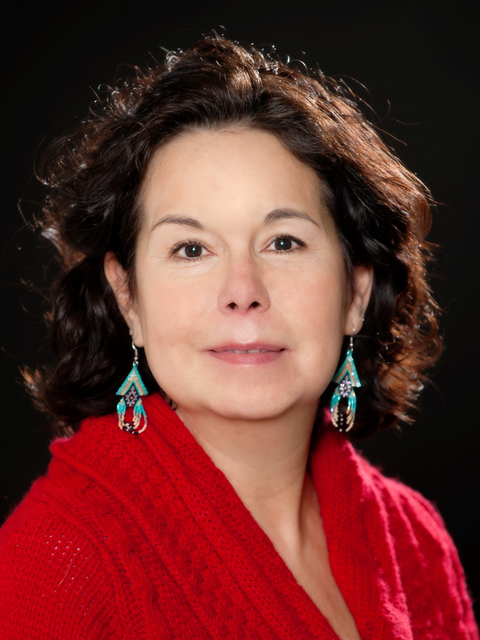 Generational trauma is something common for Native American students and professors on college campuses all over the country. For the head of the American Indian Studies (AIS) department here at the University of Wisconsin – Eau Claire, Debra K. Barker Ph.D., it is something known all too well.

“I had family that couldn’t or wouldn’t ever talk to me about our heritage because it was worked out of them as a child. Brainwashed,” she recalled.

As she spoke on her own experience of generational trauma, we reminisced over the different injustices the Lakota people have faced over the years. Such a long and storied past of colonial interaction which turned to eradication, which turned to marginalization, which turned to discrimination. This sparked an idea in her, an idea of togetherness. When approached for the interview, Dr. Barker was nothing short of enthused. Bringing Native students into the fold in any way she can is all but her mission statement.

“What is rewarding,” she maintained, “is giving our Native students a place to go. A sense of community.”

When she herself was on the board at the very inception of the AIS department in 1993, the entire program was stuffed into one office. That office is now the Inter-tribal Student Council, and serves as a gathering place. It is where Native students can go at any time for support, resources, or that sense of community. She has been off and on director since as early as 1996.

You can read more about her on her profile for the University, here

Heather Ann Moody, assistant professor in the American Indian Studies department, has a rather high opinion of Barker as well.

“We’re all here for our students and to support the program in any function we can.” she enforced. “Barker has her focus in literature and mine is more education based. We take all our strengths and interest areas and combine them together.”

Moody also went on about Barker’s significance as a support mechanism. As an individual and program director, she provides support. If any student comes to her with any problem, she will do her best to help. She is one of those professors who goes above and beyond because she knows it’s what her students need. Being in a position of relative power as the department head, she also applies a certain political edge to Native American plights and works to improve their standing at the University, according to Moody. Even now, she is working on bringing in another Native American AIS professor for next year.

As her career winds down, she is still looking forward. “That optimism, infectious, is what drives the entire department,” she went on, “Her influence brings people and programs together to a desperately necessary degree.”

Interviewing one of the Native American students here on campus, you can see how much it is appreciated. Benjamin Boldt, a senior here at The University of Wisconsin-Eau Claire and a descendant of the Cree Indians in Canada, said, “I really like the AIS classes here. They actually teach a lot about us. The faculty is top quality.”

True quality comes from being able to teach any student. Especially with AIS, the ability to bridge the trauma gap and provide Native students with the support they need is imperative. At the end of the interview, one last postulation and subsequent response catches the ear.

I asked her about the “Lost Birds,” or the broken and traumatized descendants of the Indian Boarding Schools mentioned earlier, who were pushed and pressured so hard into whitewash that they never returned home.

“I would say don’t be afraid. Don’t be shy,” Barker said. “Nothing we need more right now than open doors and open arms. We want to find a way to rebuild the people and the way to do that is to find the courage to say you want to reclaim your culture.” she said.