City and University officials are using lessons learned during 2016 campaign stops to ready for the 2020 elections. 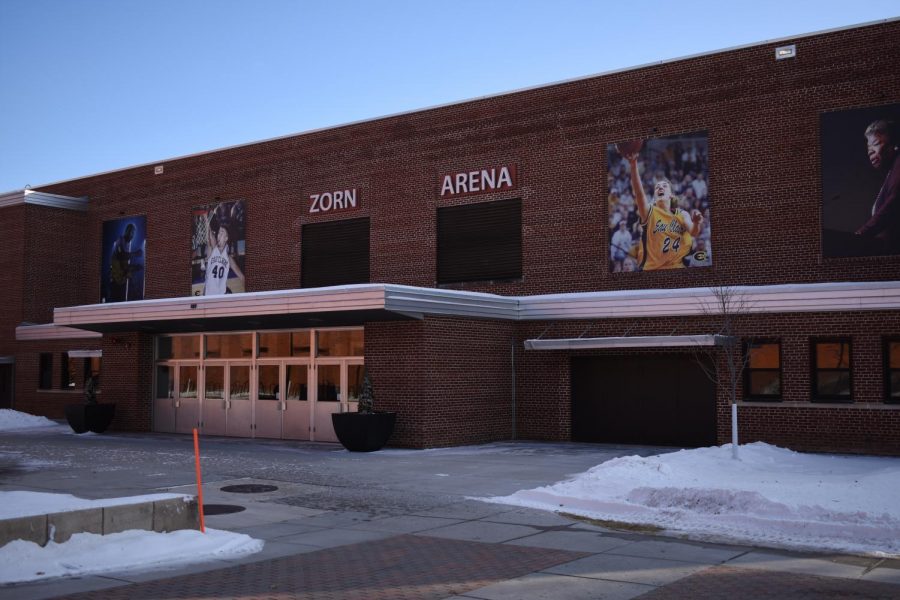 With Democratic candidates vying for the party’s nomination for the November  presidential election, local and state officials are preparing for the possibility of candidates holding rallies in Eau Claire.

Wisconsin will have its primary election on Tuesday, April 7. Although there may be fewer candidates in the race by that time, Eau Claire may still see issues with the costs, logistics, and crowds at these events.

In the lead up to the 2016 primary election, Eau Claire held four campaign rallies before the primaries. Ted Cruz, Bernie Sanders, Hilary Clinton, and Donald Trump all held events in Eau Claire. However, the city was only reimbursed for the Cruz and Sanders events according to Wisconsin State Senator Jeff Smith.

According to Smith, the Trump campaign left the city on the hook for $47,398, while the Clinton campaign still owes $7,000. Due to these debts, Smith has introduced a proposal that allows cities to ask for the estimated cost of hosting a campaign rally up front. In addition, cities in Wisconsin would be blocked from issuing an event permit if a candidate had an outstanding debt to any city in Wisconsin.

“Public dollars shouldn’t be paying for their campaign. Also, they need to demonstrate responsibility to the taxpayers. They as private individuals and business’ should be responsible enough to pay their bills,” Smith said.

Although the bill has not yet passed, municipalities are taking measures to insure they get reimbursed for hosting rallies. Smith explained that UW-Eau Claire and the city have taken measures to prevent unpaid campaign bills.

“The Chancellor has told me that they’ve adopted a policy since 2016 that when an application is made to use a facility such as Zorn Arena, they are going to ask for the money up front. The school district and the university have agreed to let the city add their cost on to that bill so they both get paid up front,” Smith said.

Chris Kirchman, Lieutenant on the UW-Eau Claire Police staff, pointed out that while the city police staff isn’t putting campaigns into their budget, the campus police are already in the school’s budget, which helped them collect some potential debt from the 2016 rally.

According to Kirchman, no campaigns have yet to contact the city about a campaign stop.

“We have not received word from any campaign that they’re coming here, but to be honest, typically if we get seven days notice, that’s a good day,” Kirchman said.

kirchman said the short notice has created challenges for the city and campus police staff, but the campus police have been all hands on deck to ensure that these rallies run smoothly. However, the coordination between local police and the Secret Service helps take some of the burden off the city.

“For our department, if it occurs on campus, we are the lead agency assisting the U.S Secret Service. We will typically have one of our supervisors as a liaison to the Secret Service,” Kirchman explained.

After then-candidate Donald Trump held a rally on UW-Eau Claire’s campus in 2016, The High Profile Event Plan, or Large Event Plan as it was first known, is what the university has been working on since 2019 to help minimize disruption on campus during a rally.

According to Kirchman, the 2016 event saw no major problems or incidents, and is hopeful this will be the case if any candidate does make a stop in Eau Claire during this election. However, he mentioned there were challenges to hosting such a large number of people in 2016.

“Considerations on where the line is to get in the event so that maybe it doesn’t run through the main campus, and now students have to fit through a line wether they agree or oppose. It creates a pedestrian traffic issue,” Kirchman said.

In addition, Kirchman mentioned issues with noise, road traffic, and even bathroom accessibility as potential issues a large crowd could generate on campus.

With a wide variety of opinions on campus, officials are hopeful that anyone who decides to express their opinions do so in a peaceful and respectful manner.

“We just ask people to be respectful,” Kirchman said.

“I would tell someone who is attending a campaign rally to keep an open mind about what the candidate is saying,” said Hannah Temes, the outreach coordinator for the College Democrats.

Kirchman said that if any candidates decide to make a campaign stop in Eau Claire, his staff will use the lessons learned from the 2016 elections to better prepare for 2020. Likewise, Smith hopes the city found a way to prevent campaigns not paying their bills.