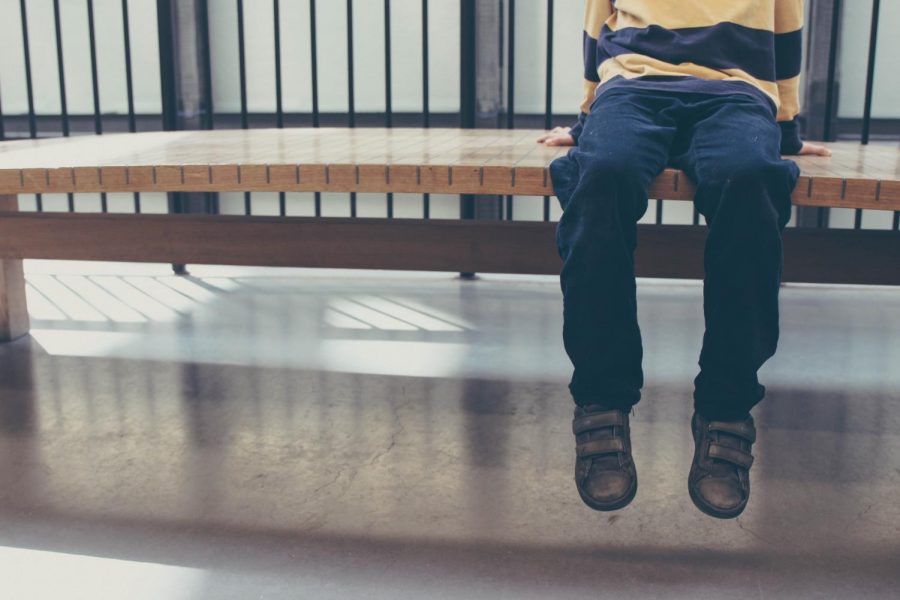 Rachel Anoranza was 13 years old when she was placed in foster care for the first time.

“I was coming off the bus after school, and I just saw all a bunch of really big SUVs and lots of cops,” Anoranza said as she held a cup of coffee in between her palms reflecting on what happened that day, “There was a bunch of meth pipes on the table and my mom was high.”

They had lived in Chippewa Falls, in the Cozy Acres Trailer Park. Her mom had a meth lab in the kitchen.

Anoranza ended up going into a foster home while her two younger siblings went to her grandmother’s house.

“I wasn’t allowed to stay with my grandma,” Anoranza said. “We didn’t have a good relationship. I hated the foster home. I wanted to be home with my mom, and with my siblings. It was scary to be somewhere I didn’t know.”

The Adoption and Foster Care Analysis and Reporting System Report, conducted by the U.S. Department of Health and Human Services,  stated that in 2018 32 percent of children entering foster care were placed with a relative. Another 46 percent went to live with strangers and 4 percent were places in pre-adaptive homes.

Anoranza’s mom began using methamphetamine when her daughter was just 12 years old. “When my mom was an alcoholic she was a lot more ‘fun’,” Anoranza recalled. But when she met someone and had started using drugs she would never come home.”

Her little brother used to sleep with her mom every night, and there was methamphetamine in his hair. “When they took him into the doctor they found that there were opiates and meth in his system because he was inhaling it from sleeping with my mom every night, she said. Her brother experiences the motor disorder  called “tics” , as a result of his exposure.

When a parent is arrested for a drug-related incident, the police officers and emergency medical responders are often confronted with many overlapping challenges. Available alternatives, such as placing a child with a neighbor, relative, or family friend, often must be made with some urgency, but with minimal information on the capacity or suitability of those persons to provide adequate and safe care. If a child is in a situation where this is not an option, Child Protective Services (CPS) would be contacted. Often times children are placed in foster care immediately after CPS is contacted.

Danny Flanagan, an Emergency Medical Technician from Chippewa Falls, explained that working in a small town populated with heroin users has been emotionally difficult because he has had to call CPS numerous times because parents are abusing drugs.

Flanagan reflected on one of his most challenging calls.

“We were called for a heroin overdose, and when I got on scene I realized it was a 3-year-old boy who had called because his mother had overdosed. When we were able to bring her back she told us that she was proud of her son because he did what ‘she taught him to do if this happens’. I called  CPS and recommended the child be placed in foster care.”

“I was shocked the boy had spent his short life thinking this was normal. I remember giving him a toy and holding him while he was crying. It was so sad.” Flanagan said

In a clinical report titled “Families Affected by Parental Substance Abuse,” published by the American Academy of Pediatrics in 2016, reported that children whose parents use drugs and misuse alcohol are three times more likely to be physically, sexually, or emotionally abused and four times more likely to be neglected than their peers.

“Sometimes I would spend two to three  nights outside to get away from the foster house” Anoranza said. “I would stay at friends’ houses…I would do anything to rebel. I was mad, but then I started staying at my one friend’s house more and more. Her family loved me. They had even talked about adopting me, but then I was given the option to go back to my mom.”

If a birth parent hasn’t met goals within typically 12 to 15 months, then the Department of Health Services (DHS) will start looking for other permanent options for the child.  How long the child will stay in the foster home is the question asked by potential foster parents the most, but DHS says there’s no set timeline.

Her mom had just gotten out of jail, and was clean. Anoranza and her siblings only stayed with her mom for the summer.

“She was using drugs again, and it couldn’t be hidden. I think the woman next door called social services. She knew that my mom wasn’t taking care of my siblings and I.”

Anoranza was back in the foster care system once again. “I was in school the second time I was taken away from home. My grandma let me live with her this time, even though we didn’t have the best relationship.”

There are currently more than 6,000 children in Wisconsin in the foster care system; 200 of those children are in foster care in Chippewa County as of 2018. This number is increasing due to the growing number of methamphetamine and other drug users.

Jennifer Titera and her husband spent seven years fostering more than  24 kids in the Chippewa Valley.

“I was at a Bible Study and it was about purpose, and how to lead a purpose driven life. My husband and I knew then that our purpose was to do foster care.”

Titera and her husband had started by fostering teenage girls.

“We knew it was going to be hard,” she said. “My husband was on the road a lot and we had two young kids of our own. We thought that fostering young ladies would be the best for our family.”

After years of fostering teenage girls, Titera received an urgent phone call one night. It was a call of fate. “I had gotten a call for a baby boy who was in severe need of a foster home. He was born addicted to crack cocaine and had a lot of medical issues. They needed him to be with someone who could give him the attentive care he needed.” Jones said.

A year later, she and her husband would adopt baby JJ as their son.

“I knew he was going to be adoptable after four months of fostering him. I couldn’t imagine giving him back to a mom who wouldn’t take care of him.”

Titera did not go into Foster Care planning on adopting, but after a few years of working with the system she learned that the laws were changing due to the increasing drug abuse in the Chippewa Valley.

Adopt US Kids states on its website that there are currently 1,380 children waiting for families to adopt them. The children in foster care come from all cultural and socio-economic backgrounds. The children’s average ages are typically school aged, 5 to 14 years old.

Under DHS rules,  in order to become a foster parent you must be at least 21 years old, and you can be married or single. You do not have to own a home, but if you rent, your landlord must agree. If you are a foster parent, you can also work full time.

In order to foster in Wisconsin you must be licensed in the county you live in. This will involve home visits, paperwork, and training. This is offered through your local Department of Health Services.

If you are interested in fostering a child, but are unable to full time there is another option.

Respite care is a great way to start out, says the Department of Health Services, and is how many foster parents begin their foster journey. Respite is occasionally caring for a child on weekends or once a week.

The Eau Claire County DHS is holding informational meetings for potential Foster Parents at 721 Oxford Avenue, the Eau Claire government center. The next meetings are scheduled for Tuesday, May 12, and Tuesday, July 14 from 6 to 7 p.m. in room 2064.

Anoranza shared that she was 16 when she got pregnant with her son. “I think being pregnant with Gus was the best thing that could’ve happened to me,” she said. “I was really sad and was drinking and partying a lot at that point in my life. Being pregnant with him made me realize I could be better and be the mom mine wasn’t.”

Anoranza, now 18,  is out of the foster care system. She lives independently with her son, and is  going to school. She wants to do something in the medical field one day.