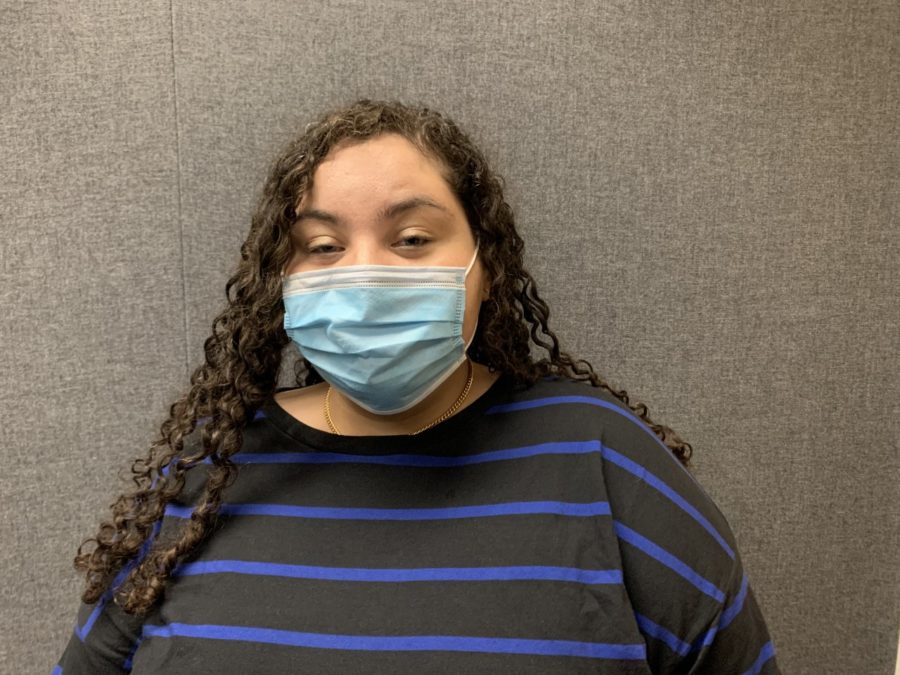 Sabrina Ftouhi was sexually assaulted her first semester at UW-Eau Claire. When she looked for help on campus, she found she had limited options.

Sabrina Ftouhi was sitting with her Tinder date thinking about how much she wanted to not be in that car.

She had told her friends earlier that night that she was going on a date with a guy on the UW-Eau Claire swim team, but she quickly realized the two of them did not have a lot in common.

He suggested they go to a party, but she quickly turned him down.

That member of the swim team sexually assaulted Ftouhi that night, she said.

Ftouhi’s date was year and a half ago.

“I’m multiracial, I’m a woman and I felt like there was not a single place at UW-Eau Claire where I could turn to after I was assaulted,” Ftouhi said.

Fhouti was unaware that there was a women’s center on campus in 2020. Shortly after her assault, the on-campus women’s center was removed due to lack of student interest.

“I tried to tell one of the professors I felt comfortable with, but they brushed it off,” Ftouhi said. “After that I didn’t tell anyone.”

Ftouhi was distraught after her assault and continued to suffer for months after the incident.

“After it happened, he proceeded to tell the whole swim team what happened,” Ftouhi said. “I was taunted by a few of his friends on a couple of different occasions.”

According to the National Sexual Violence Resource Center, one in five women are sexually assaulted while attending college.

The National Sexual Violence Resource Center found that in 2018 more than 90% of sexual assault victims on college campuses went unreported.

Currently, out of the 12 four-year schools in the UW System, Eau Claire is one of four that do not have an on-campus women’s resource center.

The removal of the women’s center eliminated many resources women on and off campus relied on such as sexual assault awareness, pregnancy, counseling, period products and proper sexual health.

Buttafoucco is a member of Women United and Fighting, a group dedicated to reinstating the on-campus women’s center.

“I have found that we are punished for being women in this world, and you are punished even more for being a woman with multiple identities,” Buttafoucco said. “It is to the point where no one else is speaking up for us, and they won’t it is up to us now.”

In addition to being a member of Women United and Fighting Buttafoucco is enrolled in a capstone class committed to the restoration of UW-Eau Claire’s women center.

“There was never a place carved out for non-white women on this campus,” Buttafoucco said. “We are attempting to create a space that completely deconstructs oppressive hierarchies and a place of communal healing and mobilization.”

“A lot of people don’t realize that the institution of slavery predominantly benefited from the systematic rape and sexual assault of black women,” Buttafoucco said. “We don’t talk about things like that even though that is the basis for much of black women’s oppression today.”

Buttafoucco said she hopes that the women’s center will be a space to build caring and consciousness for others on an intersectional basis.

Intersectionality is the interconnected nature of social identities such as race, class and gender as they apply to an individual or group, according to Merriam-Webster dictionary.

“I see this space as a space that completely dismantles these oppressive, colonial hierarchies,” Buttafoucco said. “It would provide this community and culture where people don’t have that barrier that may be already set up in other one-dimensional resources centers that our predominantly white institution has created.”

Rose-Marie Avin, the director of the Women’s, Gender and Sexualities Studies program at UW-Eau Claire, said the new women’s center will not be just a women’s center.

The women’s center will now be called the Intersectional Women’s Center, and Avin said she hopes this will be a place for women to address not only issues of gender but also issues of race, class, religion and other such identities.

With a space that addresses women’s issues through an intersectional lens, Sabrina Ftouhi said it is hard for her to think she would not turn to a resource like this.

Ftouhi did not go to the women’s center in 2020 because she was not aware of its existence, she said.

“For me personally and I think for a lot of other women, an intersectional women’s center would be a safe, inclusive place to be surrounded by other women and feel comfortable to share truths the rest of the world ignores,” Ftouhi said.

For students in need of on campus sexual assaults resources or mental health services, the following resources are offered at UW-Eau Claire’s campus: